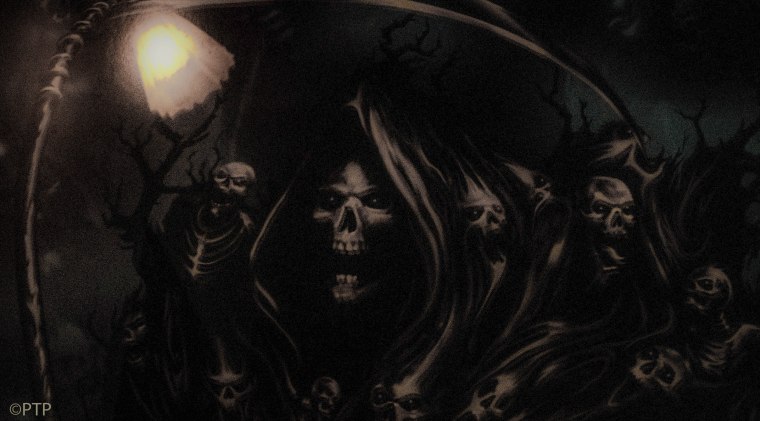 “Only when we are brave enough to explore the darkness will we discover the infinite power of our light.”   Brene Brown

All of us have a great gift given by the Almighty.

It’s the discovering LIGHT with in us.

Your light is the result of the Joy,Happiness,Love & Compassion

This you can always  achieve by inner peace and progress with the help of the light.

“You have to find what sparks a light in you so that you in your own way can illuminate the world.”    Oprah Winfrey

A timeline is a list of important events arranged in the order in which they happened. … Timelines are often used in history textbooks and biographies — they explain what happened during a certain period of time or to a particular person, starting with the earliest event and moving forward through time. vocobulary.com

Can we predict things in advance ?

With advancement in science,we are confident ( rather over confident ) about the various events happening in this world and are in a position to predict certain things,based on scientific models,examples include

And we are proud about our achievements and brag too.

Any thing that we can’t predict?

Though we are highly intelligent creatures,still we are not in a position to predict global disaster of other kind like

Now that we are in Corona Virus grip,let us talk a little bit about this.

Based on the enormous amount of information obtained so far by the so called sophisticated scientific means and with the help of models, can humans make a timeline for the virus pandemic ?

Can we say that so and so time the virus is going to disappear ?

Who is correct & who is wrong ?

Who decides the time line ?

Dr.Antony Fauci,top infectious disease expert said “You’ve got to understand that you don’t make the timeline, the virus makes the timeline.”

And in turn God decides the fate of the virus.

We don’t really have a place in the universe, as far as on a timeline. But nothing else does, either. Therefore every moment really is the most important moment that’s ever happened, including this moment right now. Kaki King

Is not this high time we realize the presence of all powerful God ?

Just to refresh your memory,none except God makes the timeline.

The Bhagavad Gita states: “Some speak of God in wondrous terms. Some are charmed at thought of Him, but few know what He really is.”

God makes everything according to His plans.

Sometimes God makes better choices for us than we could have made ourselves.

And the conclusion is….

You can control nothing in your life and don’t cry because you are helpless.

The only thing left for you is to control intensity of your reactions to the events unfolding in this world.

Let us make our best to help each other in stopping the spread of the virus and let God do the rest.

Thank you. Namaste 🙏🙏🙏
Philosophy Through Photography

Image by Free-Photos from Pixabay 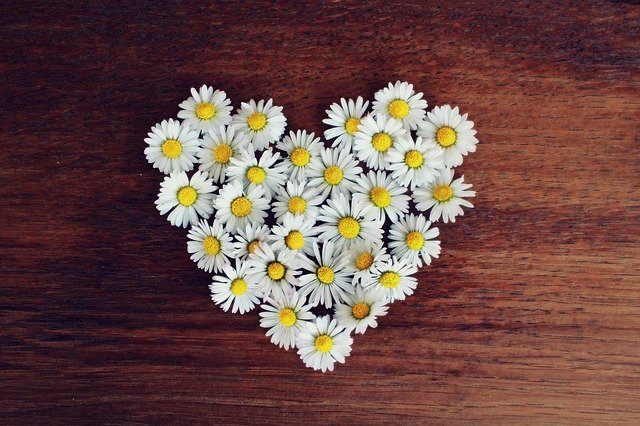 Don’t let your hearts be overwhelmed by the adversity.May you have the strength,hope and courage to overcome the situation Lailah Gifty Akita

As the corona pandemic is sweeping the World with lock downs everywhere,along with news of increase in the number of deaths, creating a gloomy picture.

As the pandemic started showing it’s true colours by isolating millions of people around the world….social media movement has started to instill Love & Hope.

Have you decorated your home with Hearts symbols ?

Social media groups like Hearts in the windows,Hearts of Hopes & A World of Hearts are formed and encouraging people to decorate their homes / windows / entry passages / side walks,with cut out of Hearts symbol,which can bring happiness to those people who are isolated.Some are decorating their homes with Rainbow symbols.

The heart has long been recognized across cultures as being a symbol of Love, charity, joy and compassion.

I am talking about the Red Colored heart❤️ (which symbolizes the classic expression of Love) and not the other colored hearts. 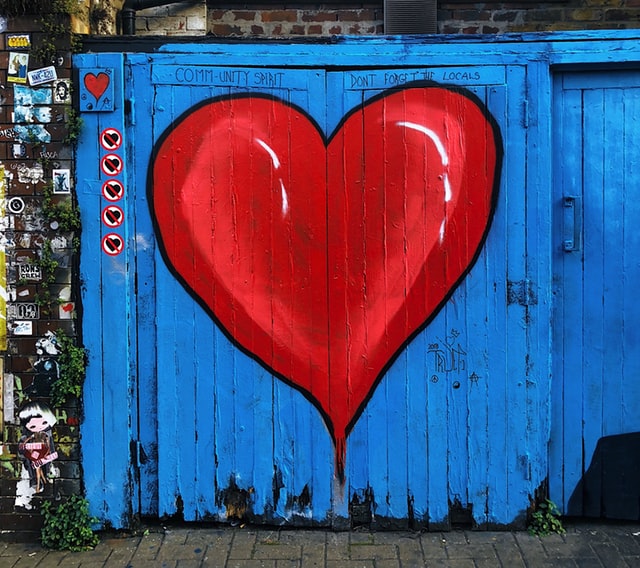 Spread the Love not the Germs

No doubt,these days are depressing yet one can come across any number of heroic tales.

From the courageous medics ,scientists working hard to produce the vaccine,neighbors developing community spirits rather than being greedy and suspicious,Philanthropists,securit personels helping to transport essential commodities,people joining together to help the vulnerable society,old age homes,old people,teachers & gym instructors taking online courses….I can go on….

This kind of act by volunteers, giving us a ray of Hope.

We are all Grateful to these great souls.

There is hope on the horizon.Don’t let Corona Virus infect your mind !

And we hope soon the pandemic comes to an end and the cure is available at the earliest.

“I hope you are blessed with a heart like a wildflower,strong enough to rise again after being trampled upon,tough enough to weather the worst of the summer storms,and able to grow and flourish even in the most broken places” Nikita Gill

OK. I have a question.

What is that first thing you want to do,when everything goes back to normal ? 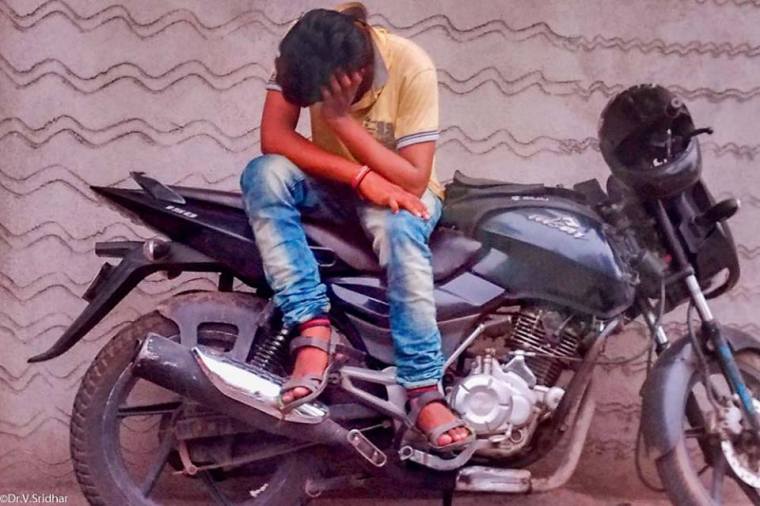 If it is ‘Physical tiredness’ …easy to recover.Just take good rest.

But if the tiredness is because of Mental stress,how are you going to recover ?

Can you give mental peace a chance ? Is it possible ?

But time is the greatest healer.That is what they say.

Are we not  just finding an escape route just by uttering this ??

There is one phrase which is amazing in sense,one can use it in ‘bad times’ and it makes one happy and the same phrase if used in ‘good times’ it makes one sad.

“This time (moment/situation) will also go away” We all know that Life can never be ‘Instagram Perfect’.

But still,why we all make our life miserable ?

1.Because we worry about future which is unknown.

2..We quarrel among ourselves for what happened yesterday,who is responsible etc and trying to blame others or ourselves in the process.Yesterday is past….and nothing can be done,but still we worry for the things that happened.

3. We forget to be happy  today conveniently because we have something or other priorities to attend.

Things don’t happen as per our wish,not readily waiting for us on the silver platter.

Do you remember the quote”Good things come to those who wait” It is nothing but rubbish.Life is never kind and it owes us nothing.There is no such thing called ‘Happy Life’ and my point is that you have to ‘live’  in the moment and make your life ‘Happy’

“It’s not a case of finding the meaning of the moments,but giving the moments meaning”. Steven Redhe

“you can frame a moment,But you can’t frame life”    Armin Houman

‘Hope’ is good,no doubt it sustains us but then we should make attempts to make that hope a reality by living in the ‘moment’

Then how not to feel miserable in life ? My thoughts are simple.

4.Avoid the mentality of perfectionist.

5.Stop criticizing.You know only part of the story.

7.Most importantly stop comparing yourself.