Everything has beauty, but not everyone sees it Confucius

Greetings from India, the land of diversity, land of spiritualism, land of Maharajas, and the ancient land famous for philosophical thoughts, rituals and land full of ironies and paradoxes.

Yes. India is the most happening country in this world. Incredible India !

As I am aging ,surprisingly developed interest in photography, very late of course, but no regrets and I am into amateur photography and want to dwell into the philosophical angle of my photos.

I am not an expert in philosophy or philosopher by profession but have lot of interest in philosophy. After all one should be aware of the universe, world and society and humans power of judgment.

Initially I was not sure how this blog is going to attract people, since the very subject ‘PHILOSOPHY’ has a relatively unpopular reputation and many feel it’s a boring subject.

But then I realized that blogs are nothing but expression of individuals’ thoughts and I should continue posting photographs which convey some aspects of philosophy of life, and I am sure to come across wonderful people in the blogosphere of mutual interest.

I am confident I am going to be in the good company of people like you.

Also I intend to publish my blog thoughts.

“I had to wait 110 years to become famous. I wanted to enjoy it as long as possible.”

You can call me Philo 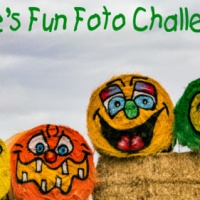