“A father is a banker provided by Nature”  French proverb

‘”A father said to his son: Be careful where you walk…. The son responded: You be careful, remember, that I follow your footsteps” Unknown

It is a day of honoring fatherhood and paternal bonds, as well as the influence of fathers in society. source Wikipedia

Tell me frankly what do you think of your father, my friend?

“A father should be his son’s first hero, and his daughters first love”  Unknown

I am glad, the concept of Father’s day celebration is catching up in India, and on this day Children wish their father all that they are today and they remember & appreciate the role of Father on this day in particular.

The fact is – Hindu Scriptures find a place for the Greatness of the Father and many Sanskrit Shlokas mention about Father being everything.

Father is compared to Heaven, Father is Religion, Father is the ultimate sacrifice. He is placed at a higher pedestal than all Gods combined.

Being a father is a ‘tough’ job, my friend!

“It is easier for a father to have children than for children to have a real father.”

But some think otherwise

“Dad, you have always been coolest. Like all those times you said ‘yes’ when mom said ‘no’.

in real life…when does the son appreciate his father?

“By the time a man realizes that his father was right, he has a son who thinks he’s wrong”  Charles Wadsworth 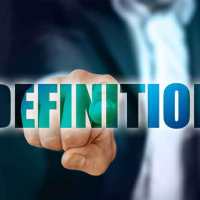